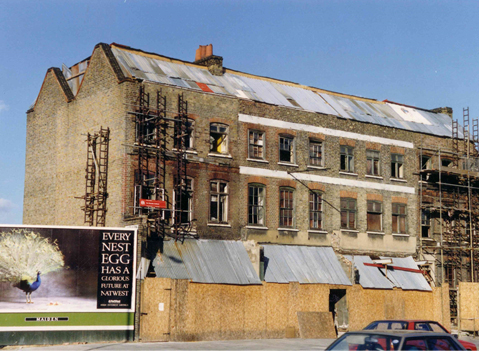 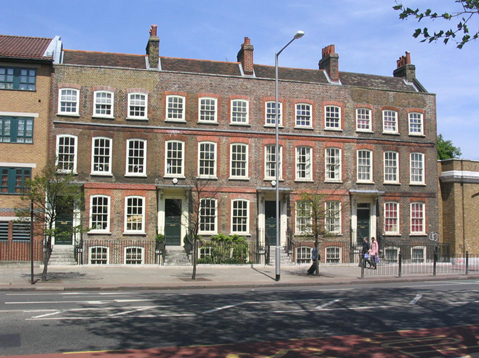 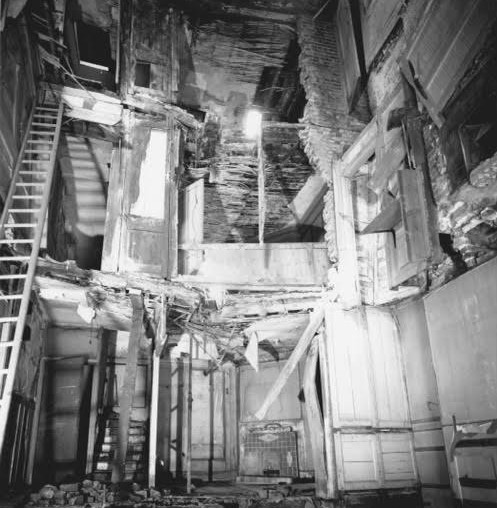 This fine and early uniform terrace, built as Ireland’s Row in 1717, had been empty for years when the Trust acquired it for £25,000 in 1989 from Charringtons, the brewers. It was in an advanced state of decay, and on the point of collapse. Priority was given to complete re-roofing in plain clay tiles before the houses were tackled one by one.

The easternmost house, No 113, was the only one not to have suffered the ignominy of a Victorian veranda-style shopfront occupying its front garden. It retained its excellent carved consoled and hooded doorcase, which eventually served as a pattern for its neighbours. Sufficient detail survived in one or other of the houses to enable correct reinstatement of historic features, most notably the wrought (not cast) iron railings and the impressive doorways.

No 111 had experienced the most spectacular collapse internally following the disintegration of the spine wall, its paneling clinging on for dear life (see photo). Its facade had been disfigured so badly in the not so recent past that it had to be completely rebuilt in brickwork exactly matching the rest of the terrace. 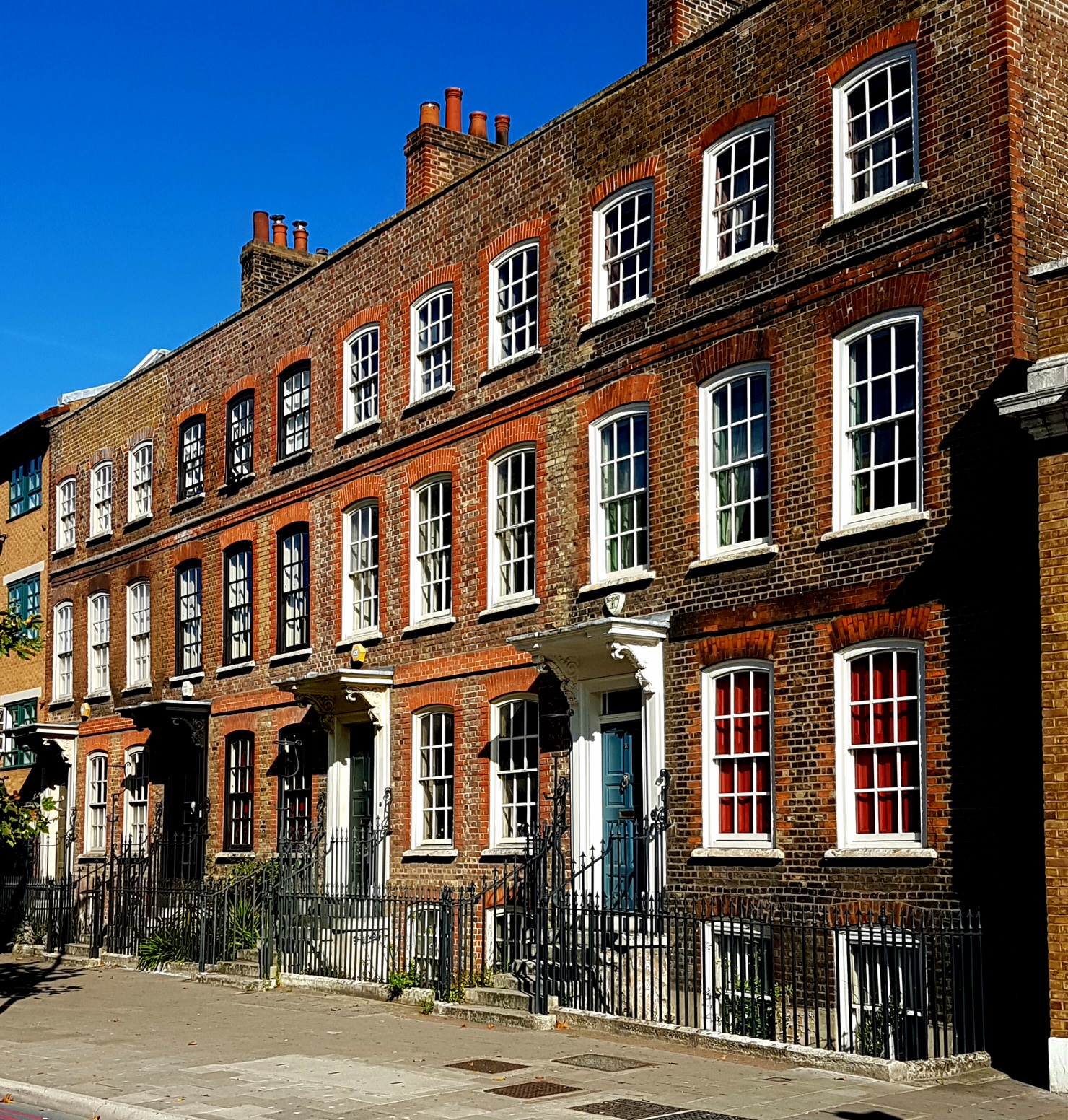