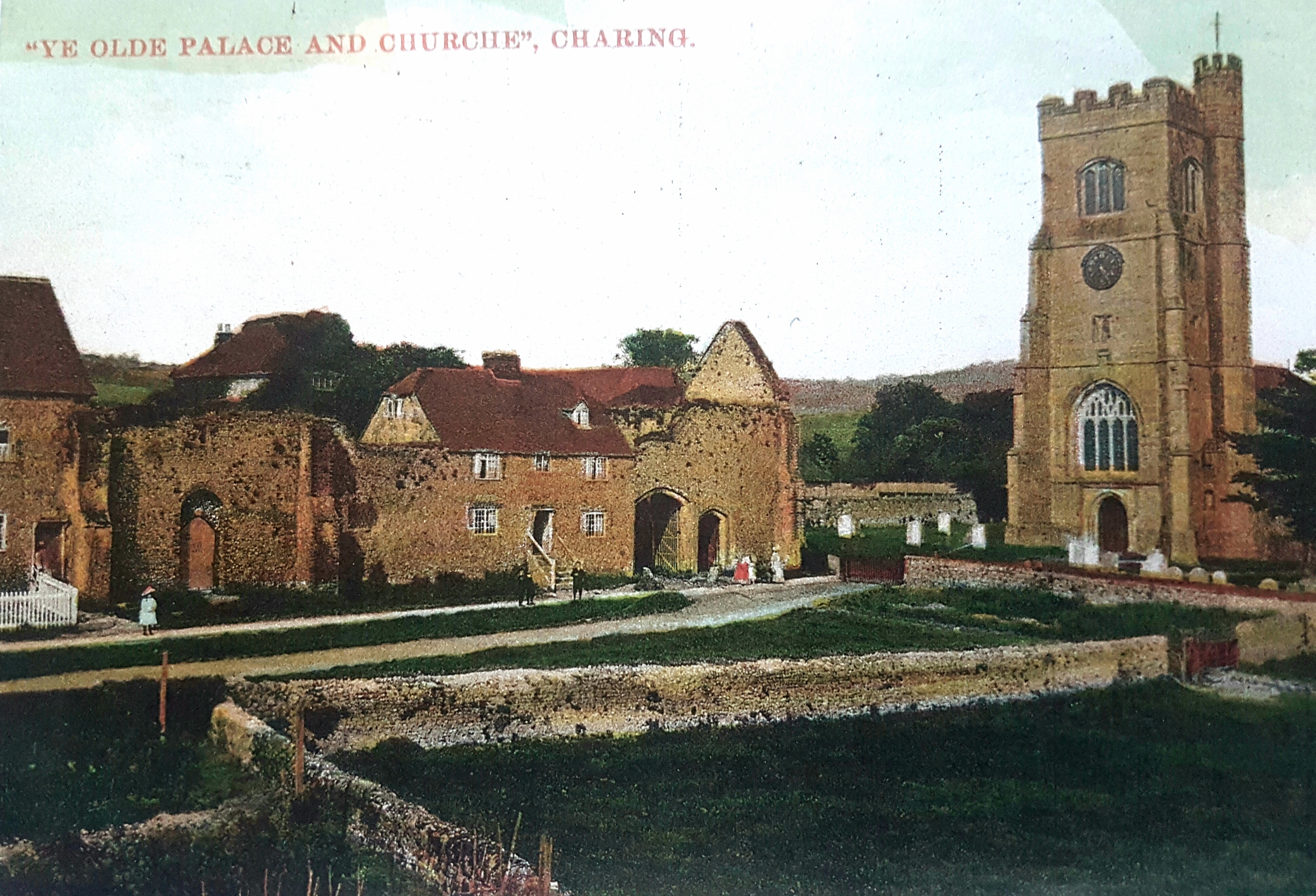 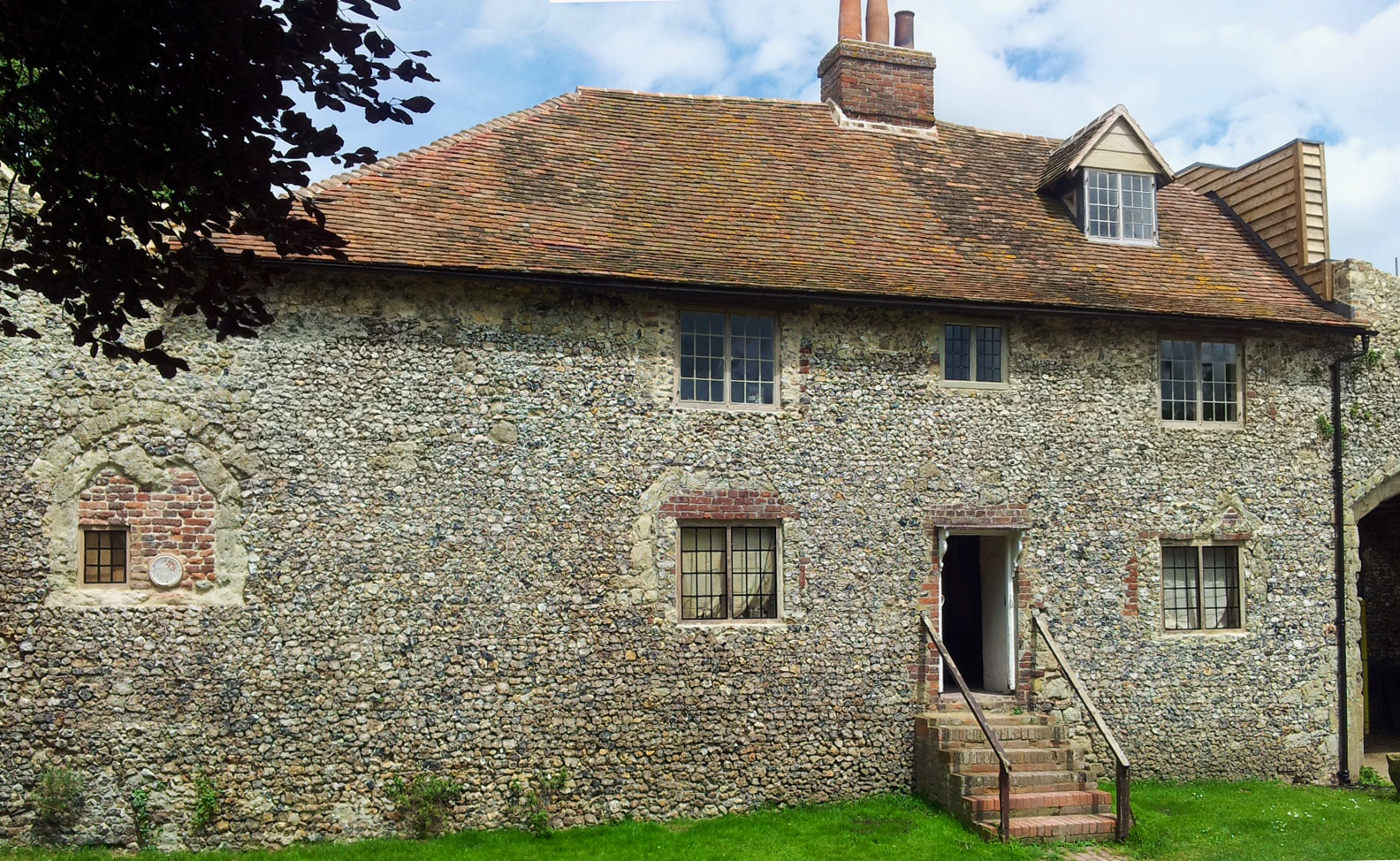 In June 2014, the Spitalfields Trust completed its purchase of a section of the medieval manor house buildings of the Archbishops of Canterbury at Charing in Kent , a site owned by the See of Canterbury since the 8th century – 2 Palace Cottages with adjacent gateway. These buildings form part of the southern side of a large palace complex that surround a quadrangle. To the north of this quadrangle are the former private apartments and solar of the archbishop which have been a farmhouse since the 16th century and to the east is the 14th century great hall, which likewise has been a barn since the 17th century. The Trust has an option to purchase the rest of the site over the next few years and will repair all buildings and ancillary structures on a rolling basis. 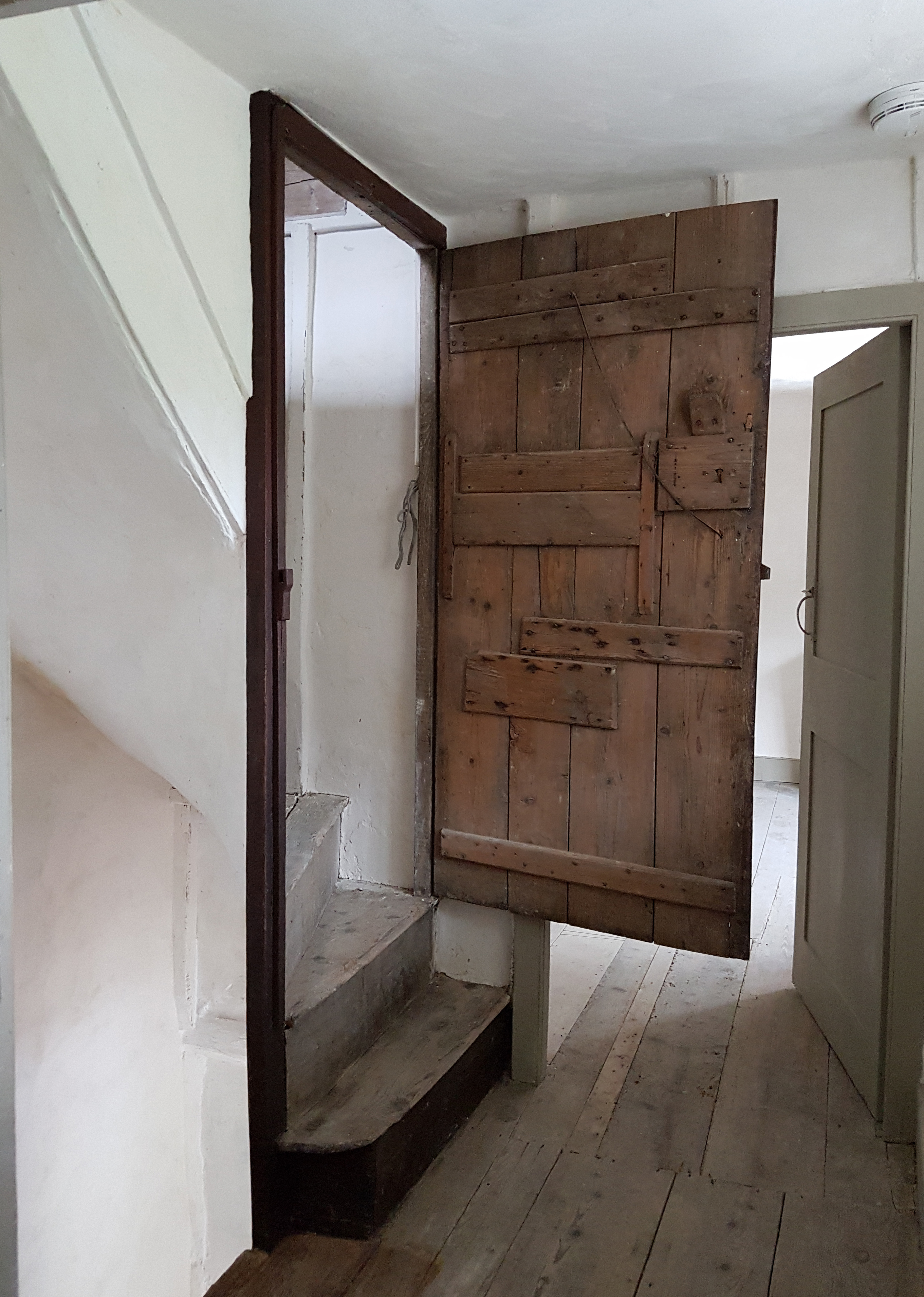 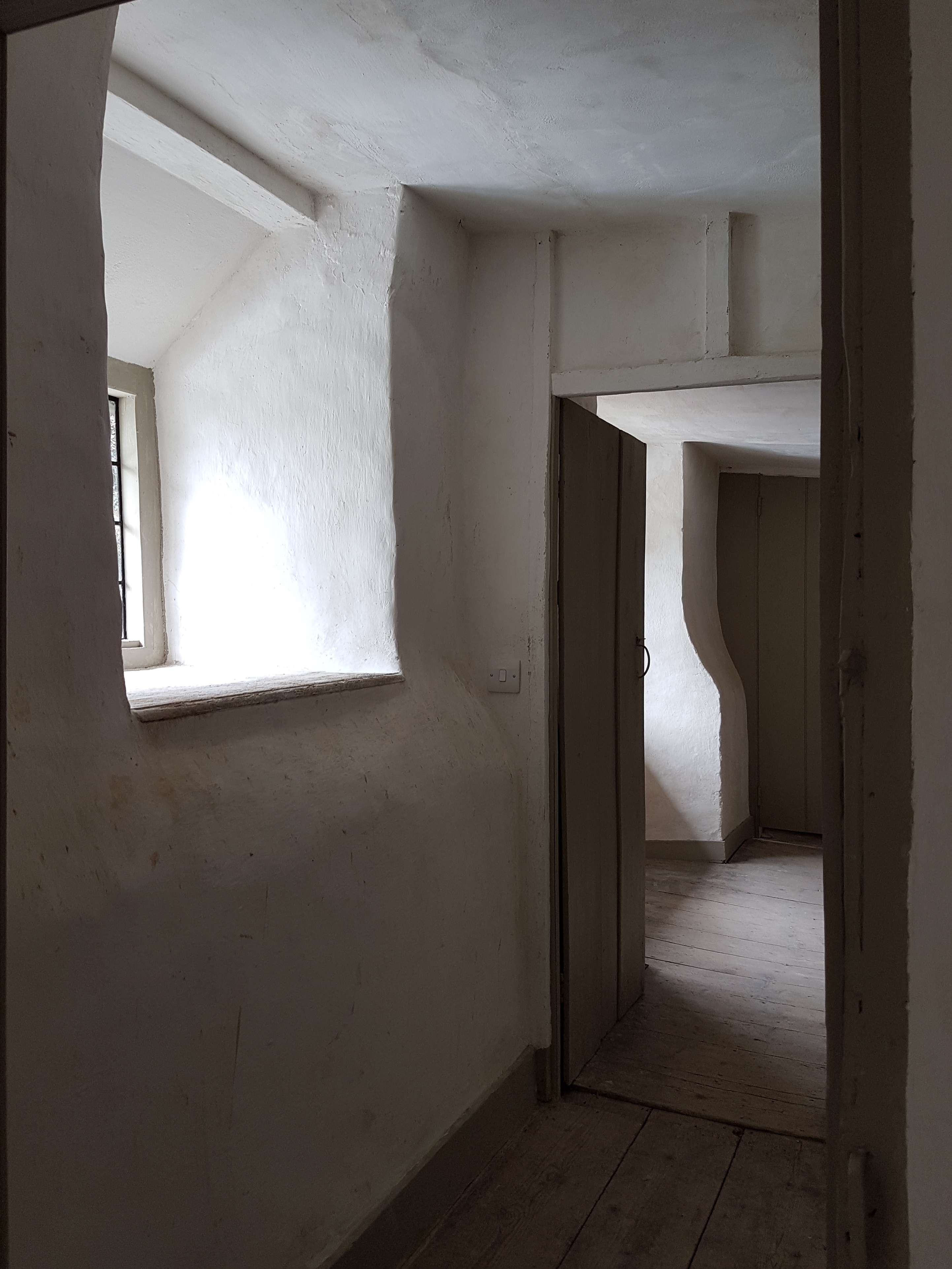 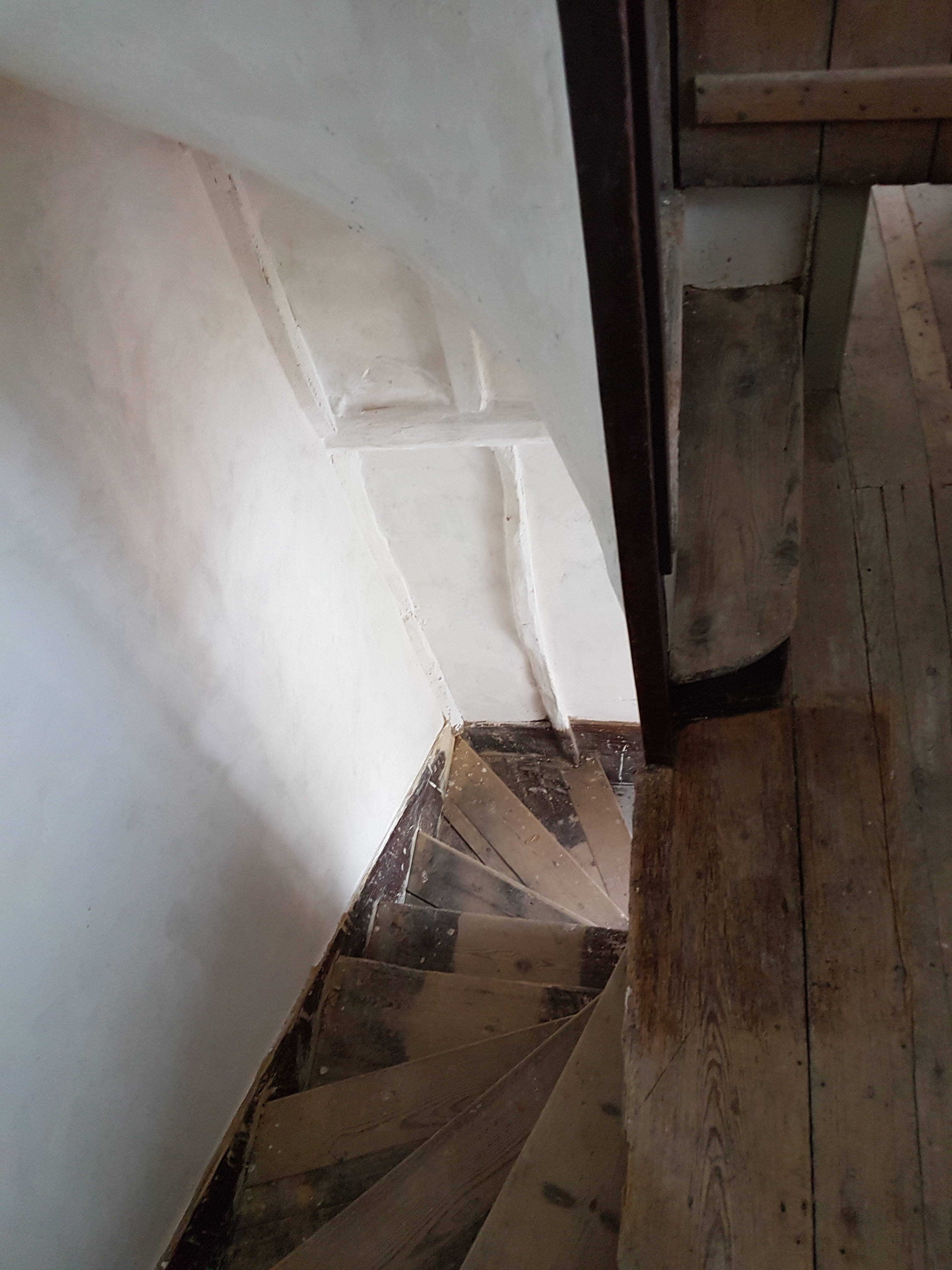 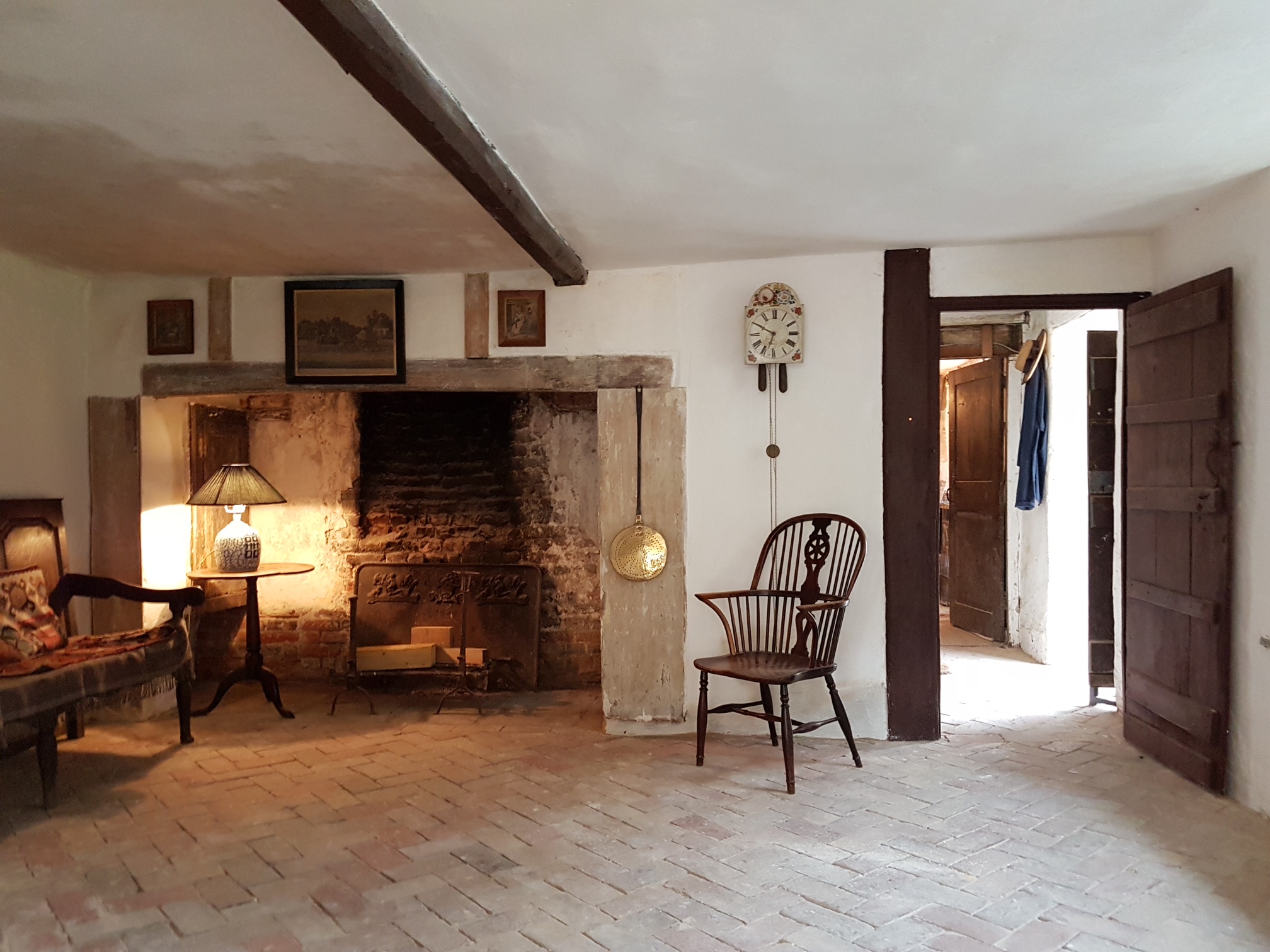 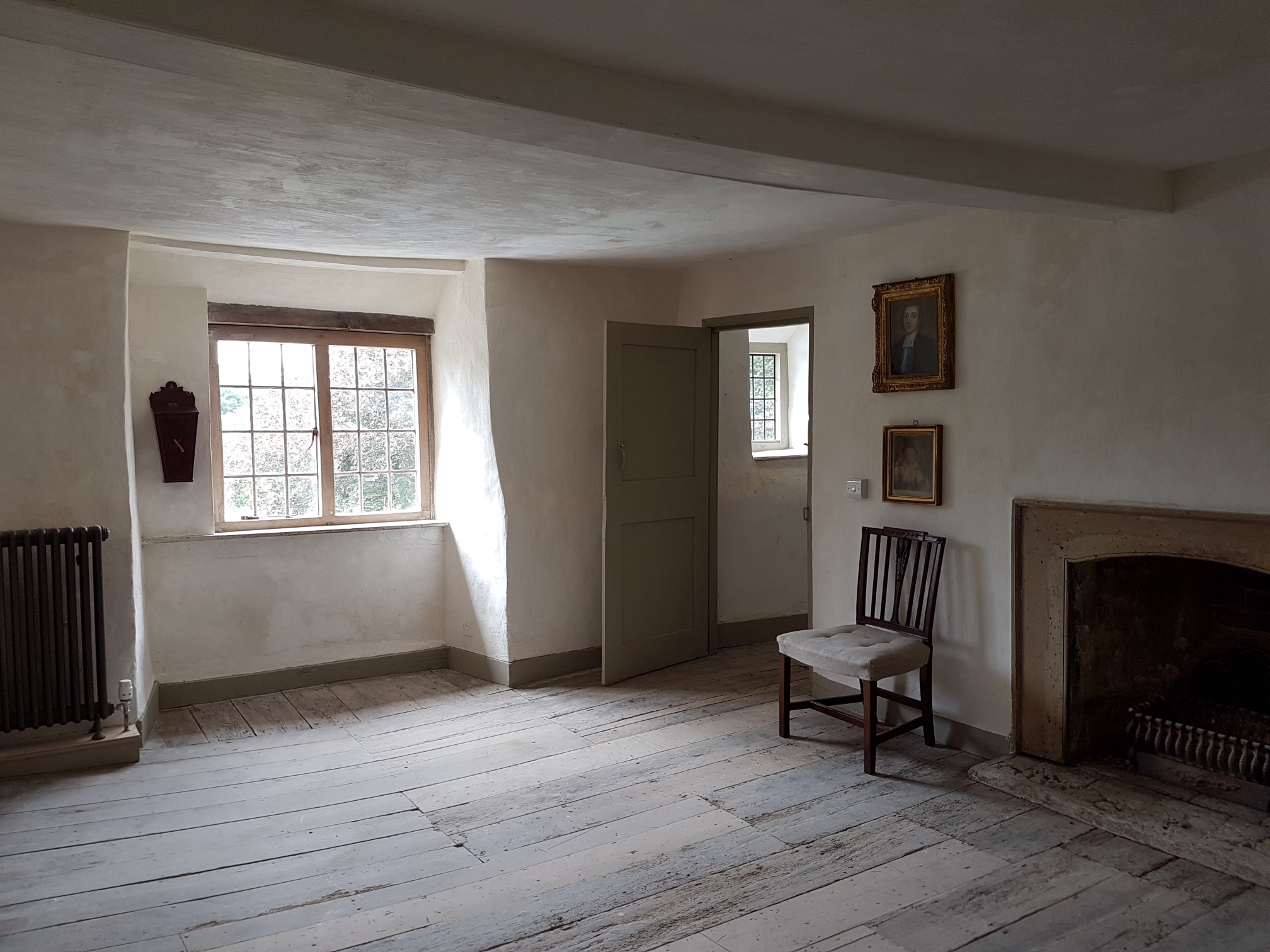 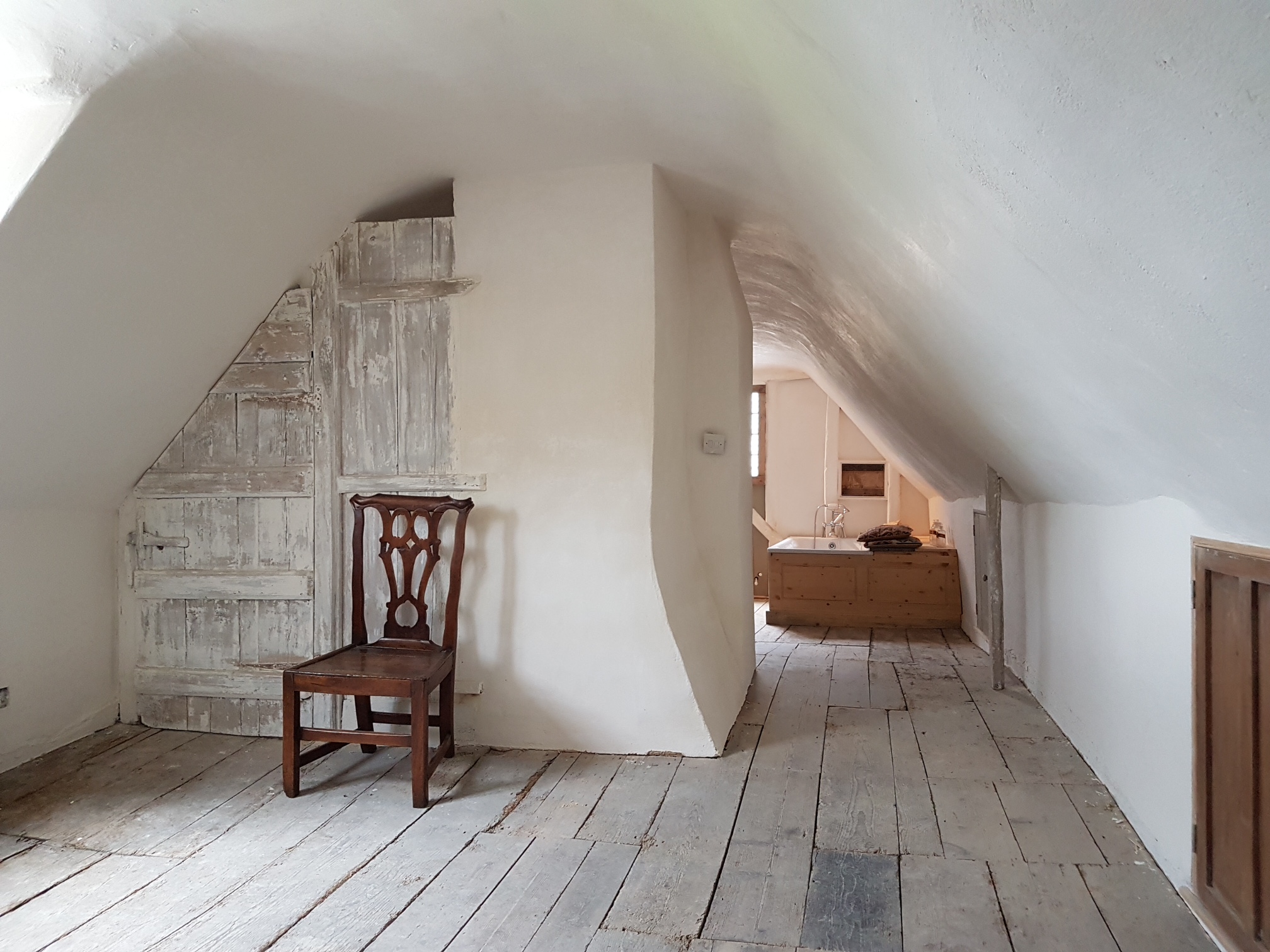 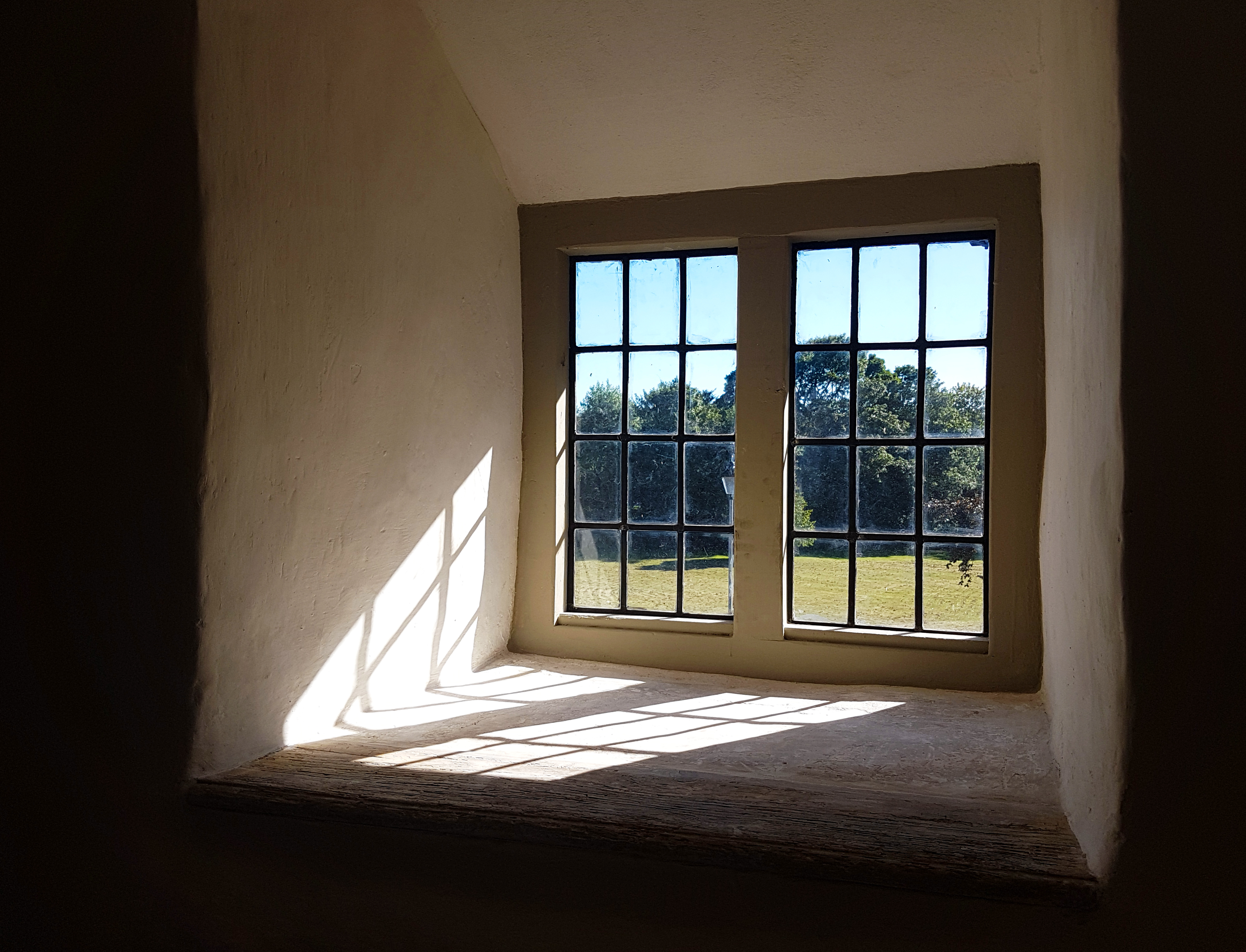 2 Palace Cottages, otherwise known as the WI; Cottage lies within two 14th century outer walls that formed the south perimeter wall to the Charing Palace precinct. This wing of the complex formed originally both guest accommodation and a porter’s lodge attached to the main gateway which had a grand guest apartment above (now roofless). This was all probably built by John Stratford, Archbishop from 1333-1348, whose favourite residence the palace is said to have been. The medieval walls are constructed of flint masonry with stone dressings for string courses, window and door openings, while the east gable has flint and brick buttresses at its corners. In the late 17th or early 18th century when the three storied cottage was built within these walls, a brick chimney stack was inserted together with new floors, staircase, new window openings and the present roof structure with its half-hipped tiled roof. The ground floor windows of the cottage are set within the original stone surrounds to medieval windows. 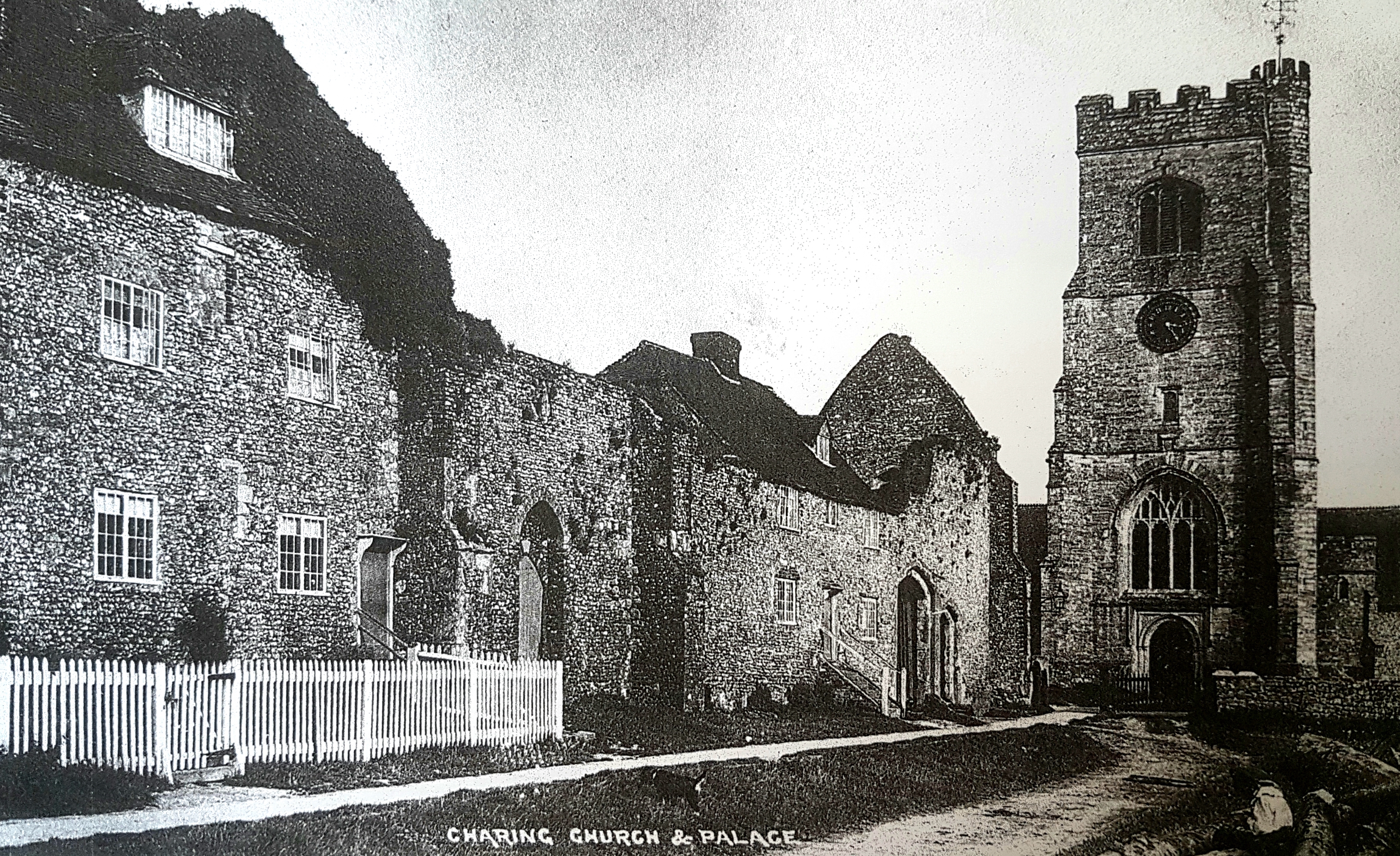 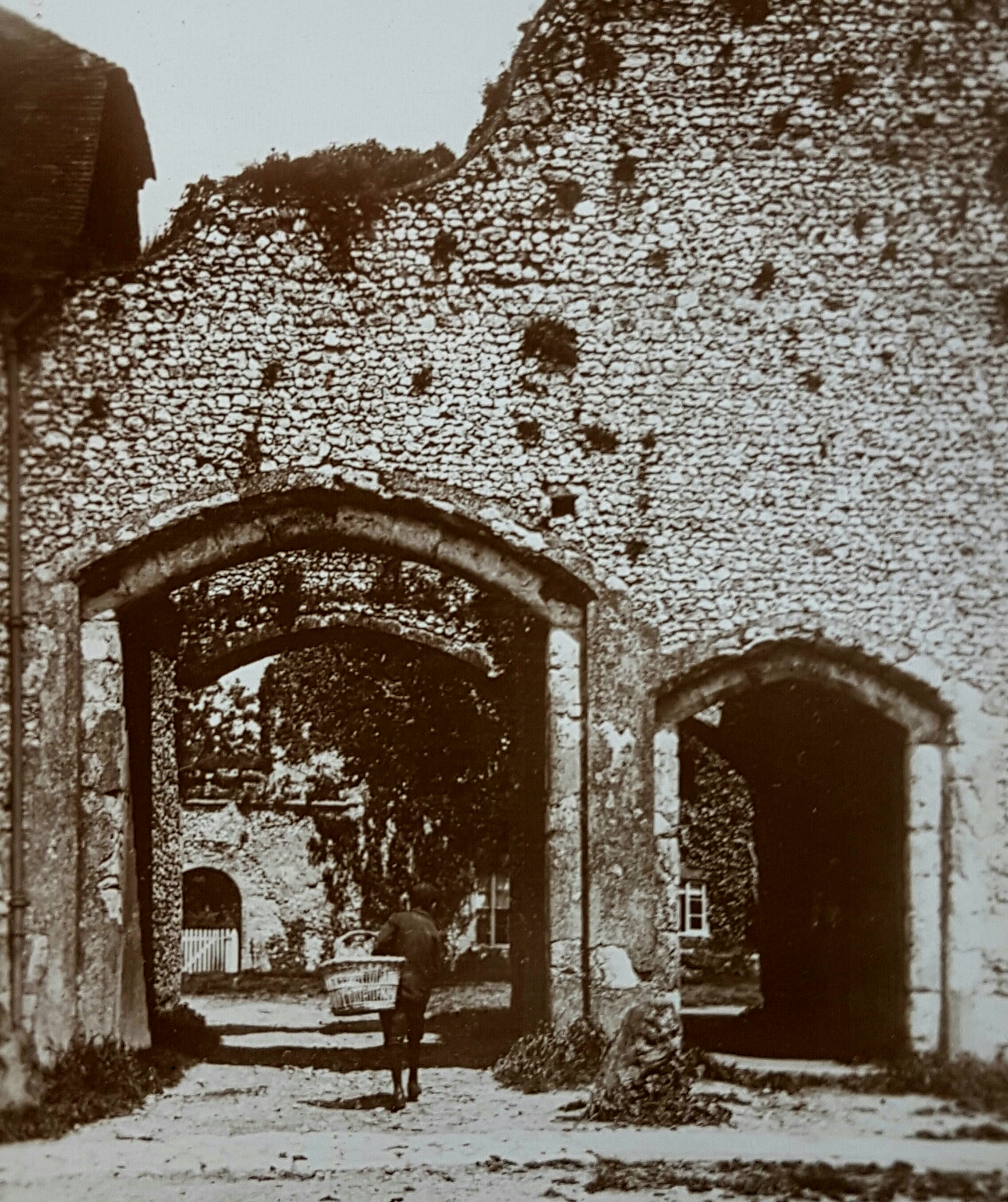 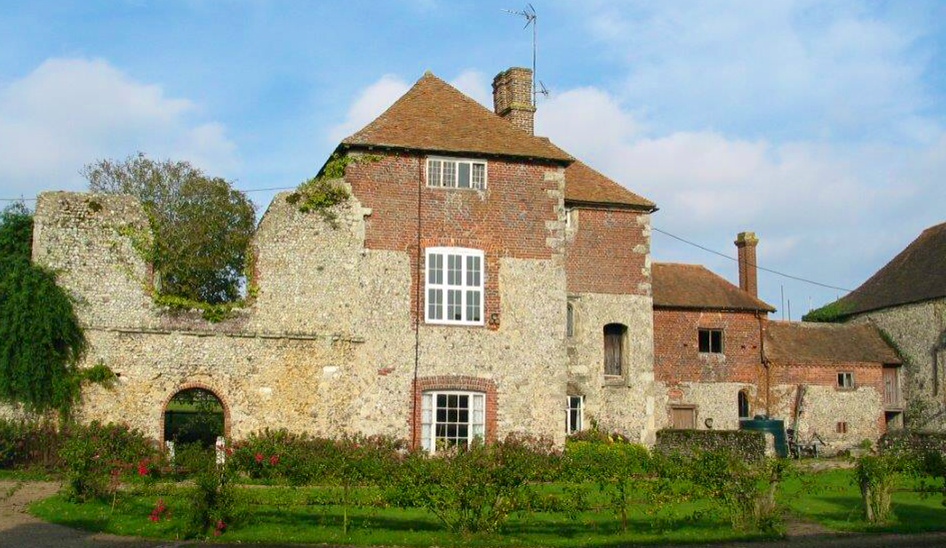 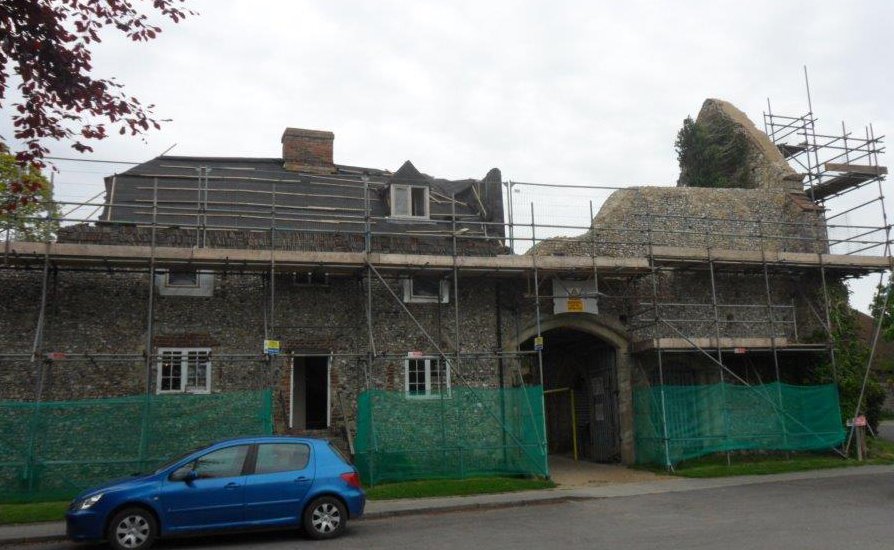 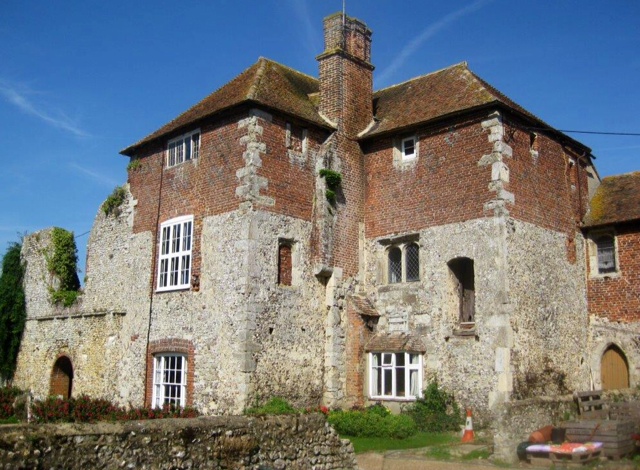 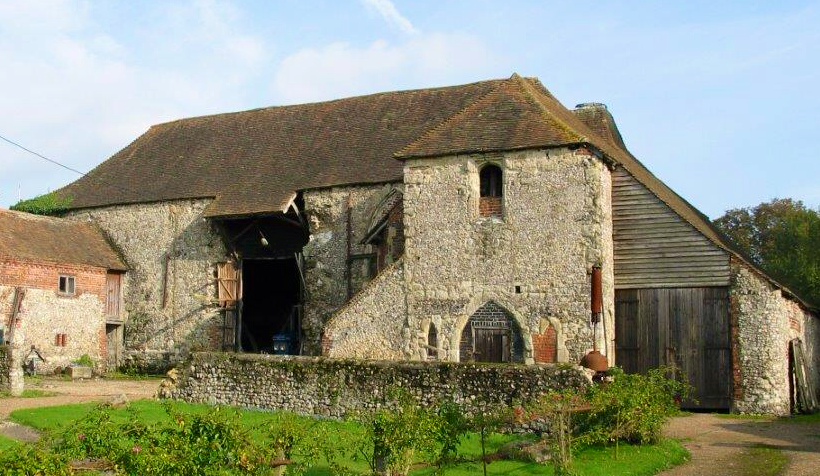 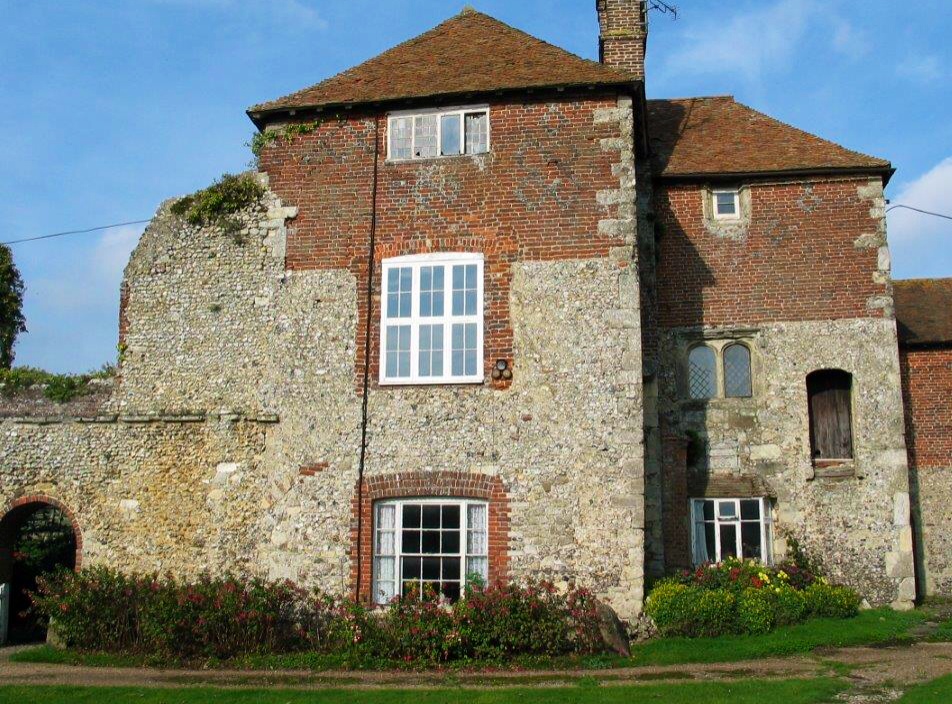 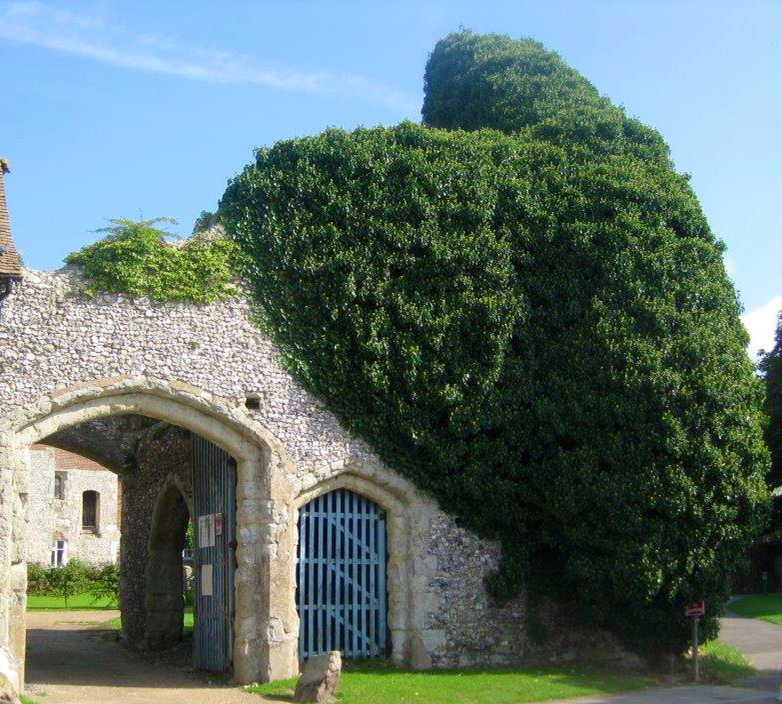 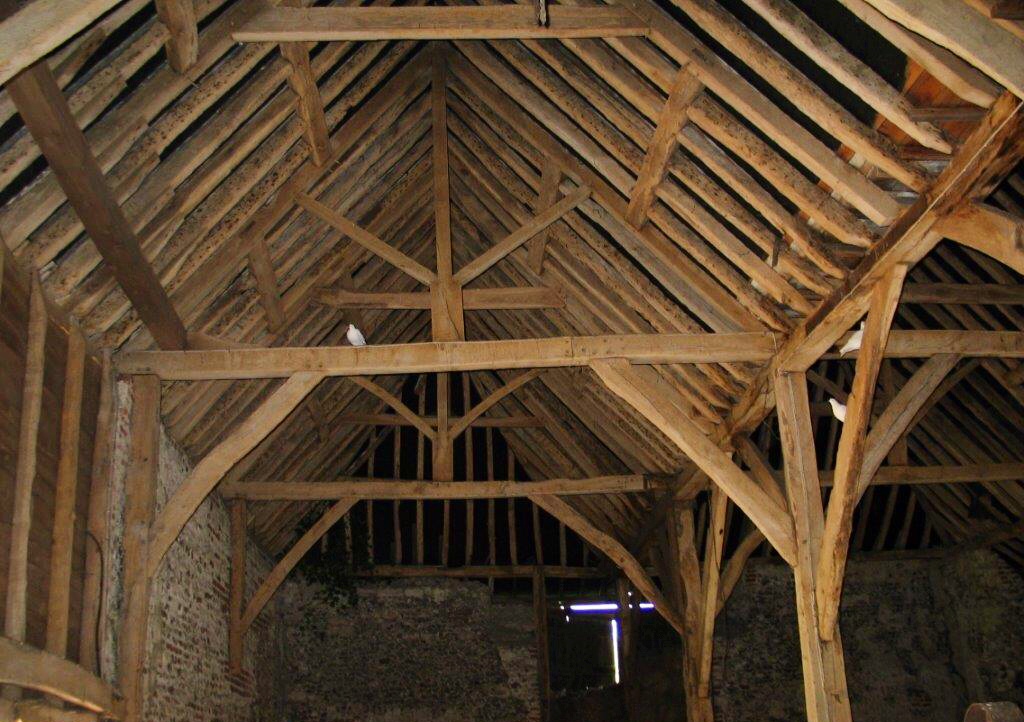