5 and 7 Elder Street, roofless and squatted by the Trust 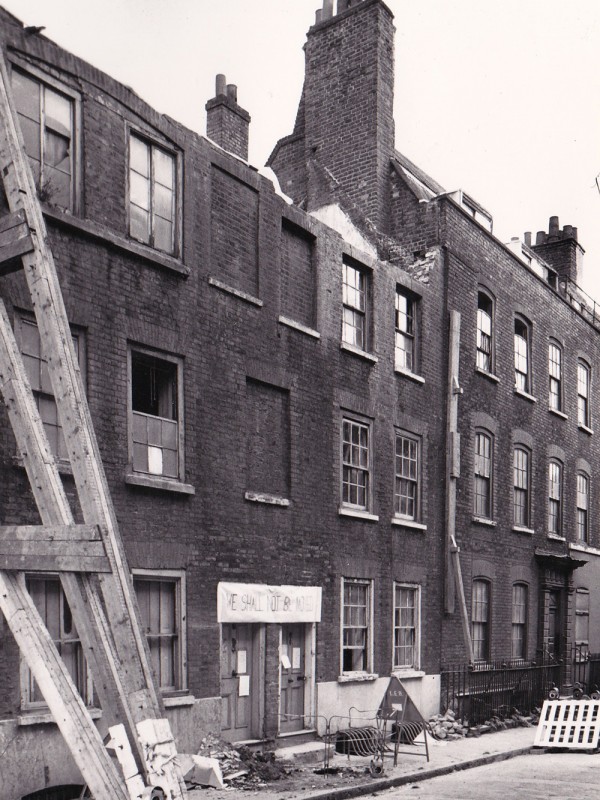 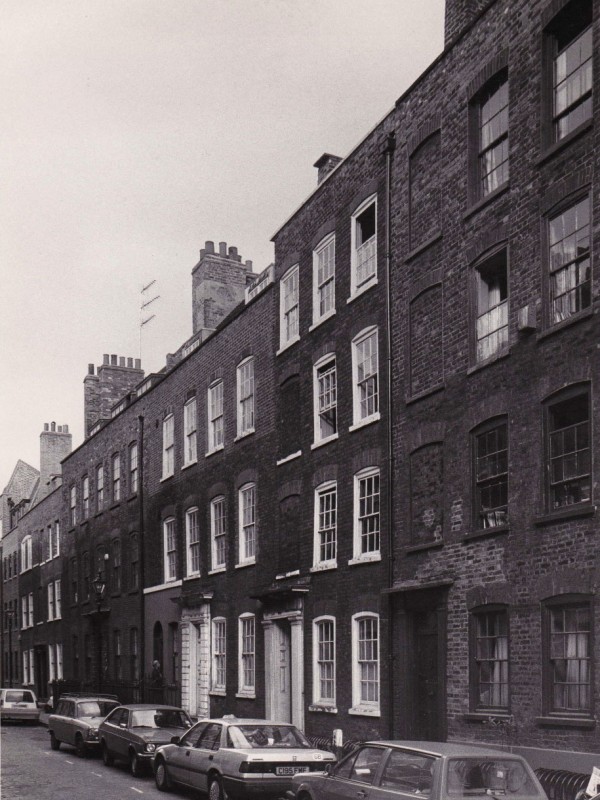 Acquired by the Spitalfields Trust in 1977, 5 and 7 Elder Street signaled the start of constructive repair and the reversal of the trend of decay and demolition in the area. Elder Street was subject to a method of demolition characterized as ‘ book-ending’. This meant that demolition starting at one end of a terrace, house by house, rendered the next house unsafe in the eyes of the building inspectorate and therefore next in line for destruction. The Trust started here by first squatting illegally within nos 5 and 7 and then undertaking a ‘sit-in’ at British Land’s (the owners’) offices until the threat of demolition was removed. The houses, built as a pair in 1725, were constructed with integral silk-weaving garrets at that time. Each house is in effect one room deep with a two storey timber framed rear extension. Although one was roofless when first acquired, both contained fine paneled interiors and staircases of 1725. Everything was saved and repaired. Brian Morton was the trust’s specialist structural engineer who undertook the sensitive rescue for the Trust, aided at that time by our own meager funds and a grant from the then Historic Buildings Council.