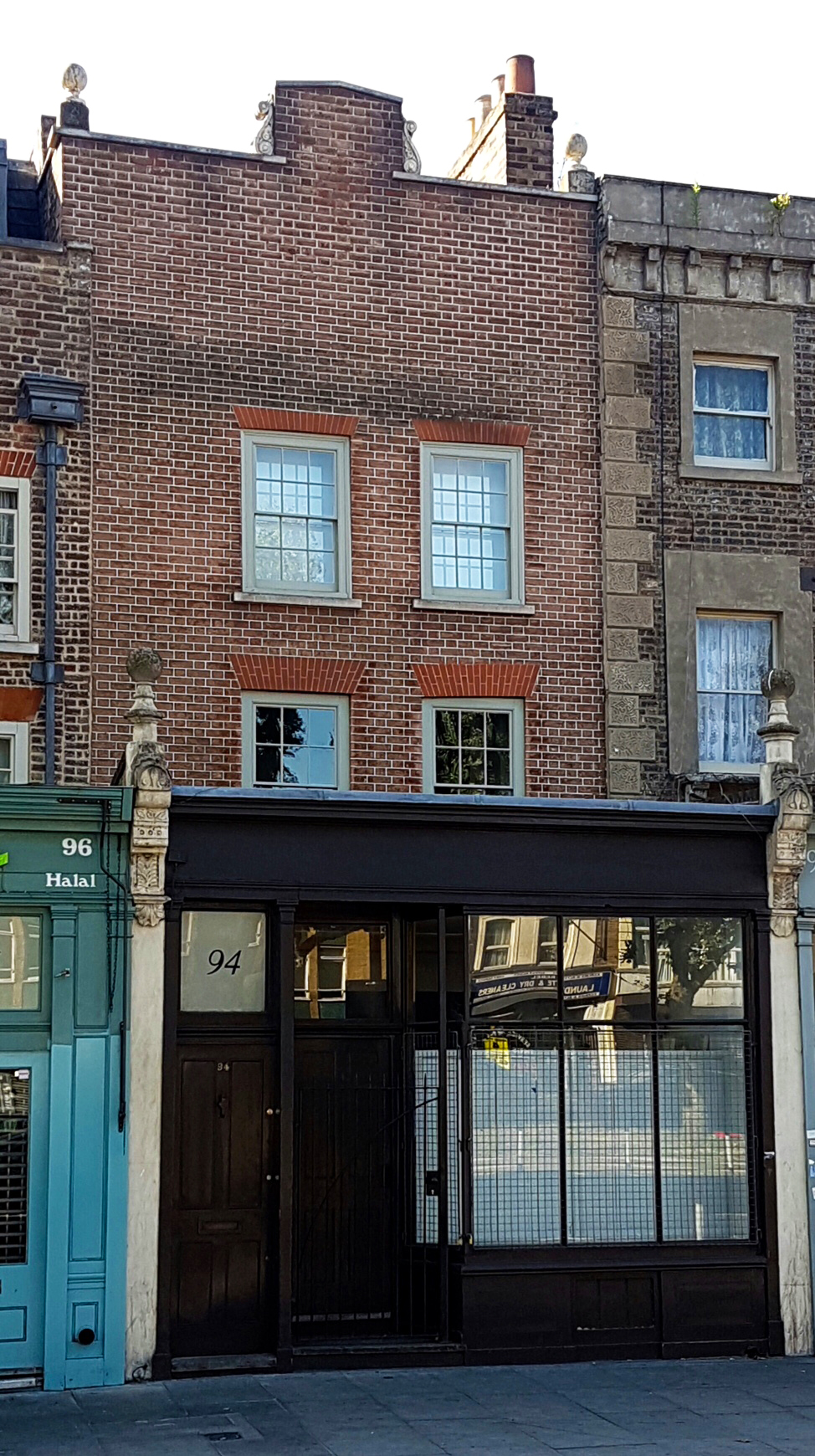 Forming part of the range of 18th century buildings that stretches eastwards on the south side from Whitechapel to Mile End, this listed house was acquired by the Trust in 1999. It was sold in March of that year to the owner with a delayed completion of 24 months, enabling the purchaser to carry out repair works. These works proceeded well and a charming mid 18th century house has emerged. This has fine tuck pointing to its facade and its 19th-century shopfront is still in situ.