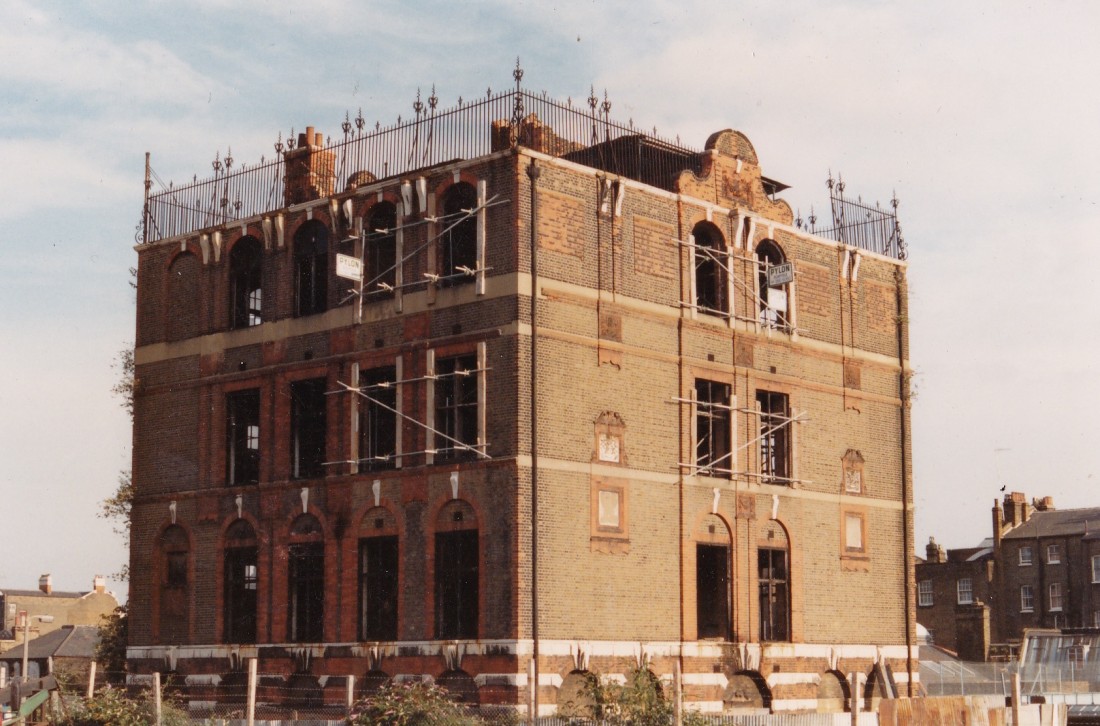 When first seen by the Trust, this handsome late 19th-century Board School in Whitechapel was classed as a dangerous structure and was under threat of demolition, having had a fire on the top floor. It stood in an unfashionable position between two busy railway lines. The Trust spent over £100,000 stabilising it, putting on a new roof and carrying out basic repairs. It was eventually sold to Ballymore, the developers, who were working on a nearby site and were worried by the blight of it on the end sale price of their development. They then converted it into smart flats.