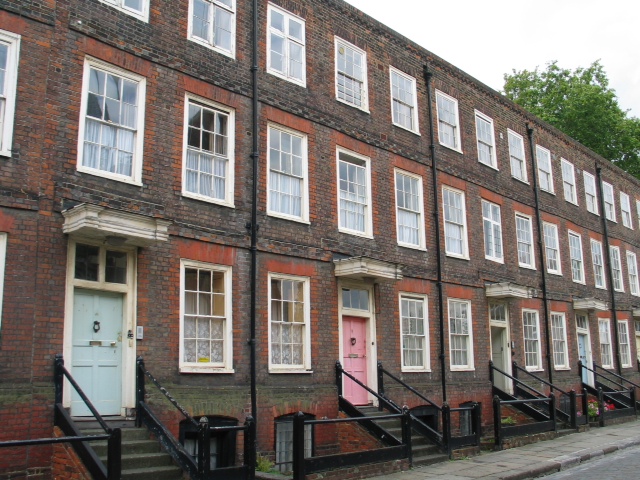 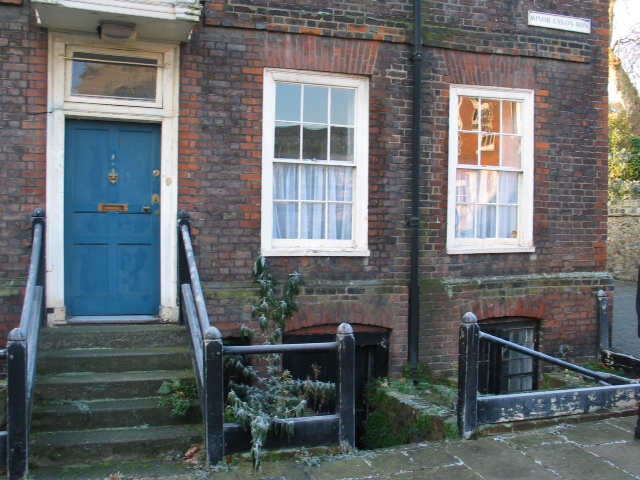 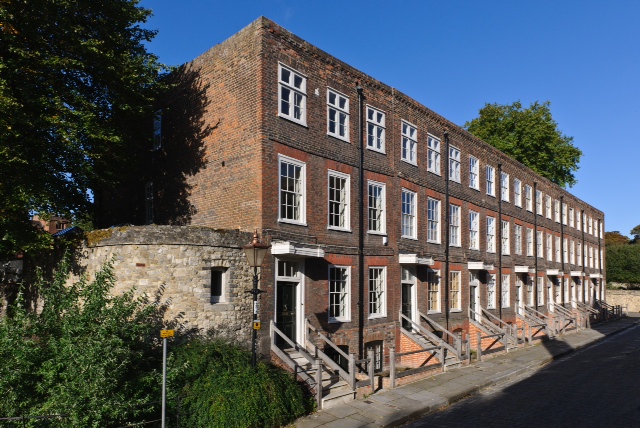 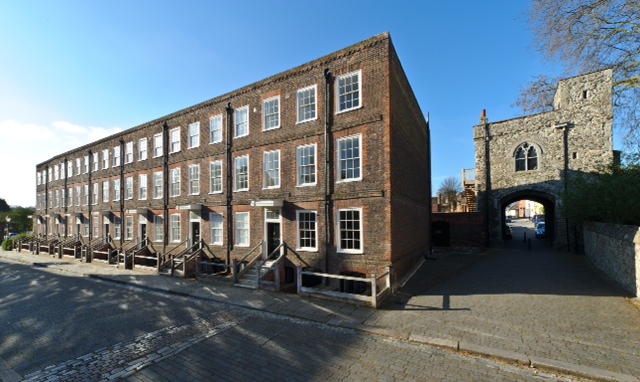 In September 2008; following a great deal of careful thought by the Dean and Chapter of Rochester, this exceptional terrace of seven houses (six built 1722/3 with the end house, no 7, added in 1735 for the Cathedral organist) was put up for sale.

Constructed on the site of even earlier accommodation that had become no longer fit for purpose, this handsome terrace was erected for the Minor Canons of Rochester Cathedral. In the 1950s they were converted laterally in pairs, forming single flats on one floor over the footprint of two houses. Again, like their predecessors, they had become increasingly dilapidated, with the cost of their repair beyond the resources of the Cathedral. They were put on the market as a single group, thus giving the Spitalfields Trust a wonderful opportunity to repair them all as a key group in the centre of this lovely town.

A group of close followers of the Trust’s work was persuaded to put up the necessary funds to buy the terrace and take a very long lease on the adjoining medieval Prior’s gatehouse. The Trust took on the task of repairing the external envelope of the entire terrace, returning the houses to individual units and conducting a full repair of Nos 1 and 7. At the same time an external staircase was added to the Prior’s Gate from the garden of No 1, thus bringing its fine upper room back into use.

The other houses were offered for sale as repair projects, with their interiors to be completed by their new owners under the Cathedral’s and the Trust’s watchful eye. This objective has now been achieved and, thanks to its Dickensian associations, the restored terrace has been featured several times on television.