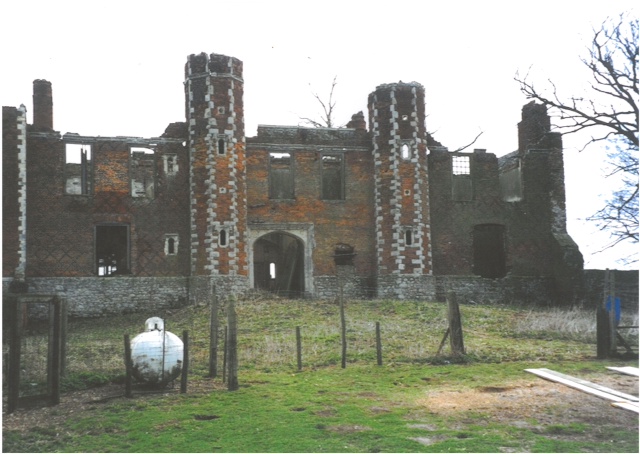 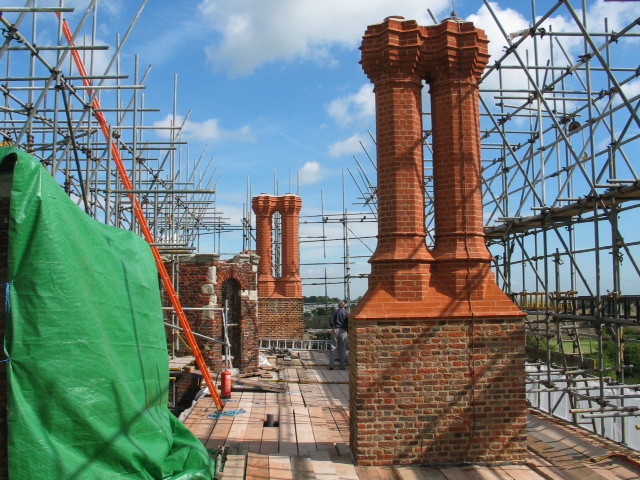 Occupying a prominent, elevated situation on the Isle of Sheppey in the Thames estuary, Shurland Hall as it stands today is something of a misnomer. It is the 16th-century gatehouse and part of the service wing of a once important medieval house, the seat of the Cheyney family. The gatehouse was constructed in the first half of the 16th-century by Sir Thomas Cheyney of fine red brick with stone dressings. A prominent courtier, landowner and Knight of the Garter, Sir Thomas played host at Shurland to Henry VIII and Anne Boleyn (a distant relative) in October 1532. With its octagonal towers and battlements, Shurland is reminiscent of the great Tudor palace gatehouses at Hampton Court and St James’s. Altered in both the 18th century (when large sash windows were inserted) and again in the 19th century, it had stood empty and unused since WW2. The site, which is a Scheduled Ancient Monument, includes seven acres of grounds with substantial 16th-century stone and brick garden walls and the stone remains of the medieval great hall itself.

Roofless, unsafe and in a state of certain further collapse, the building was acquired by the Spitalfields Trust in 2006 with the initial encouragement of Simon Thurley, the then Chief Executive of English Heritage. Five years later, after a complete repair and re-roof of the building’s exterior and a full restoration of the interior, undertaken and funded by the Spitalfields Trust together with a generous grant from English Heritage and a loan from the Architectural Heritage Fund, the house was ready to be marketed.

The works undertaken included the reconstruction from old photographs of the three paired stacks of decorative brick Tudor chimneys (rebuilt by Emma Simpson, who had worked on similar chimneys at Hampton Court Palace), as well as the rebuilding of a wooden newel staircase in one of the turrets and the insertion of an 18th-century staircase from a demolished house in Hatton Garden, London. The 2008 financial crisis slowed the marketing and sale of the house, meaning that new owners were not eventually in residence until 2013, but it has now found appreciative new custodians and its future is secure.