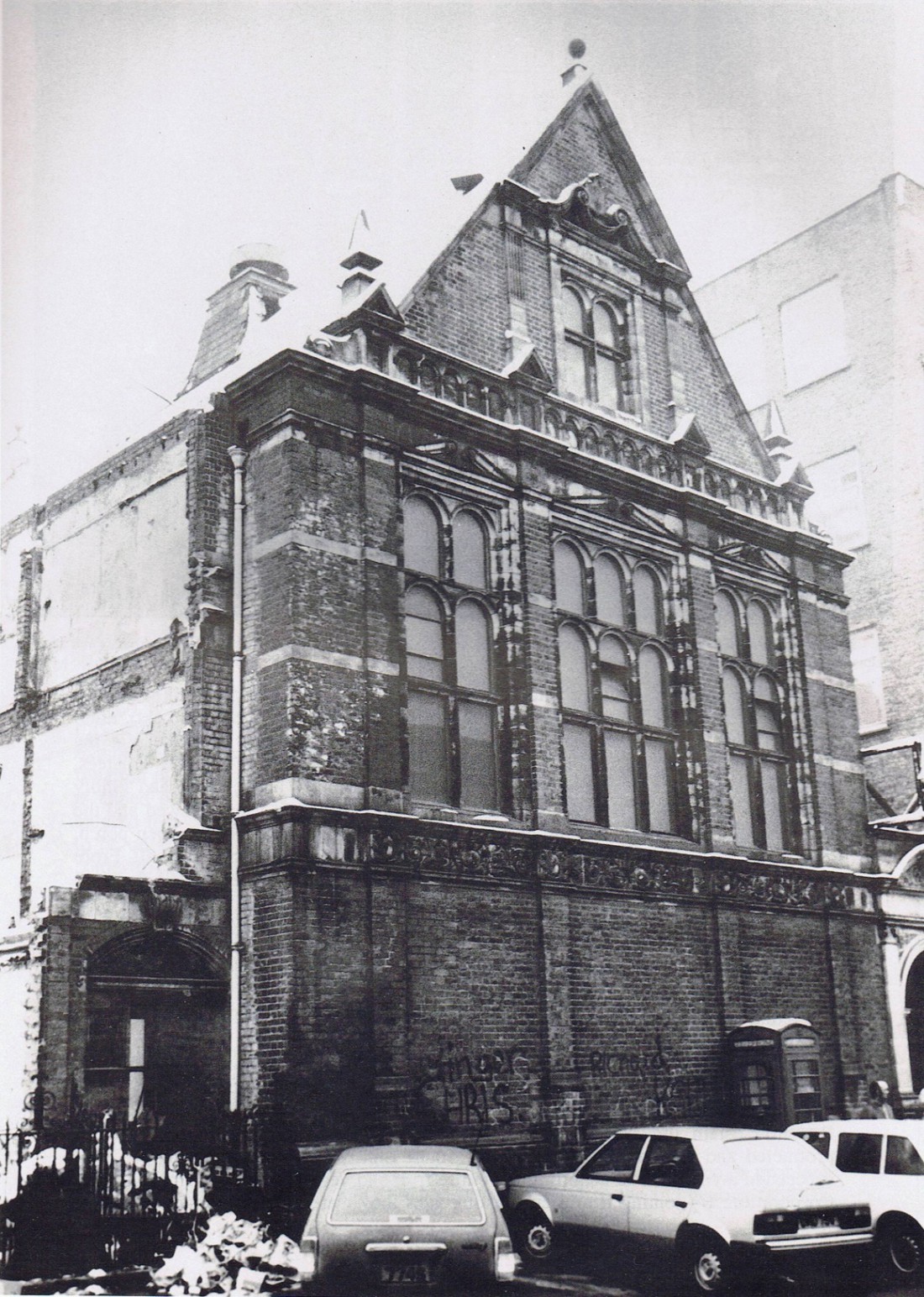 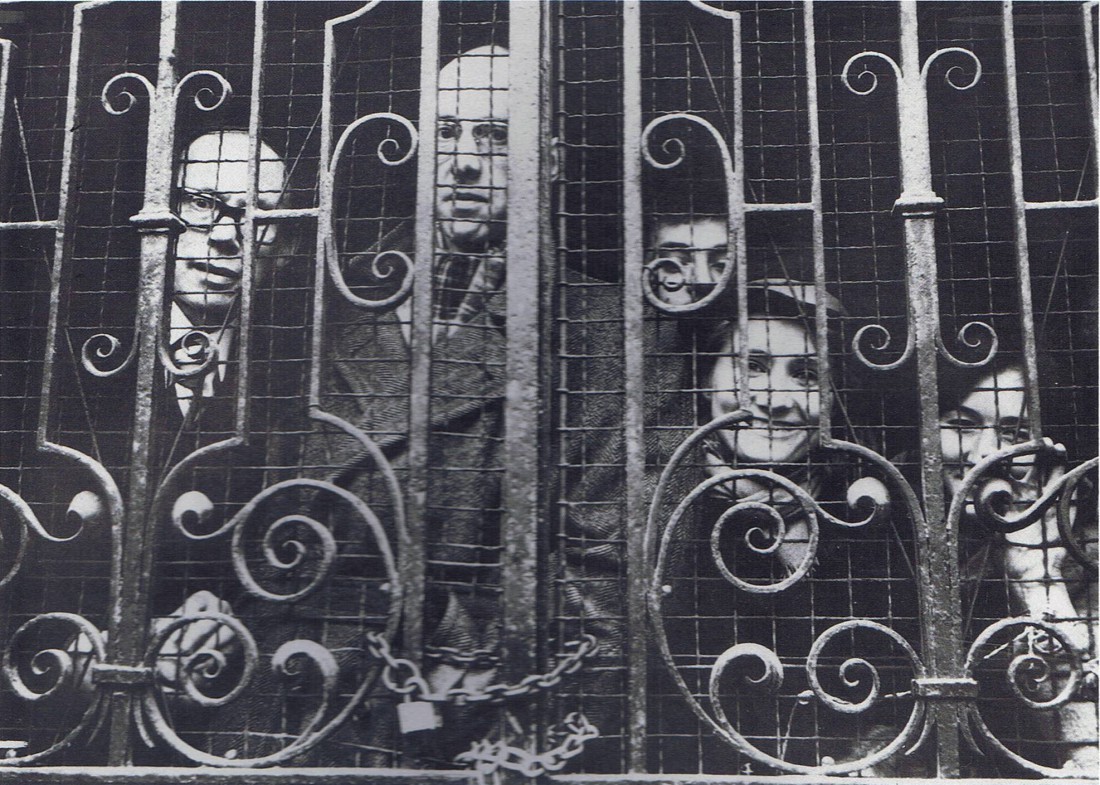 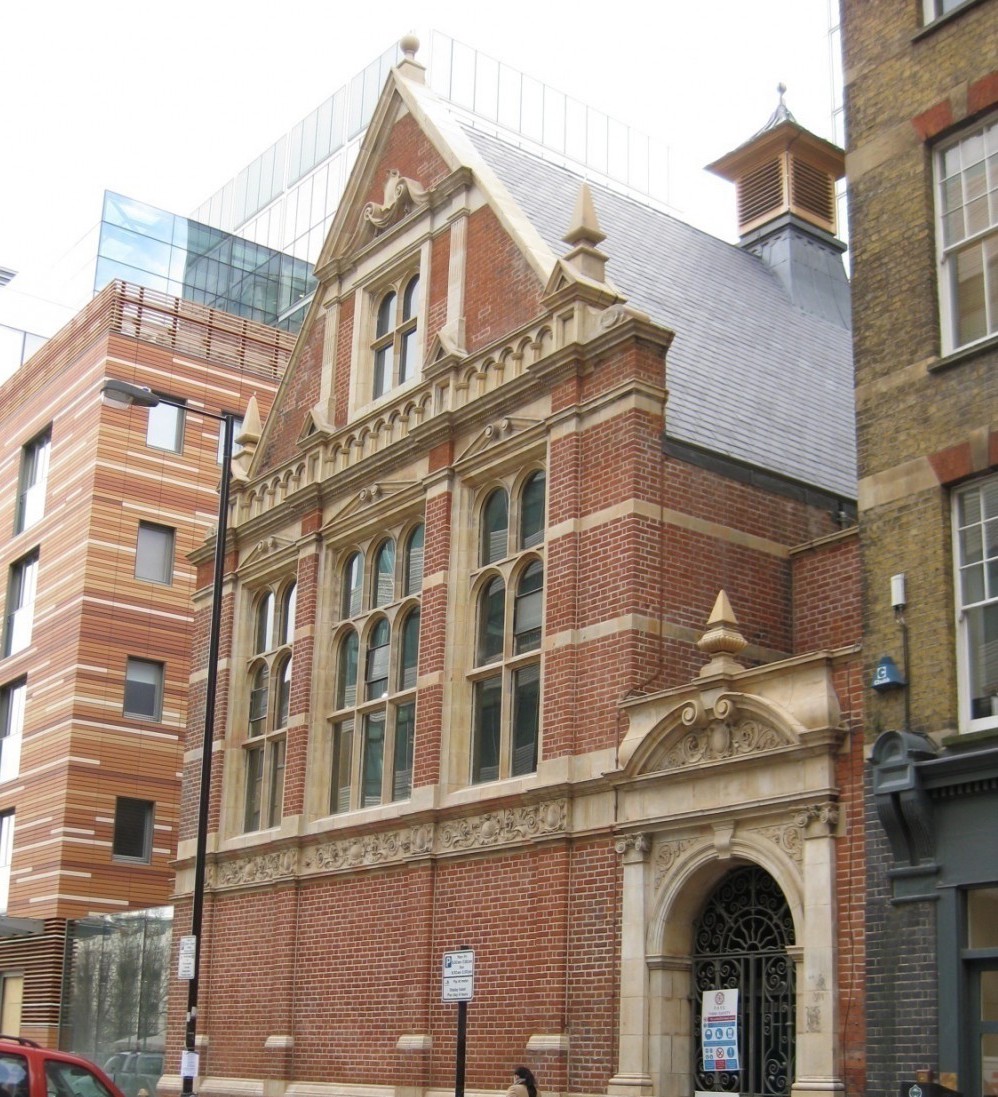 A building very nearly lost. In December 1980, the Trust’s then administrator Anna Skrine spotted bulldozers outside with orders to demolish forthwith. The weather had delayed work, but at 8am the following morning the engines were due to start. A midnight call summoned the Trust’s supporters to site, so when the contractors turned up in the morning they found the hall occupied by a half-frozen group of stalwarts who said they would not be moved until the governors honoured a promise to discuss three separate schemes for the new use of this handsome 1890 school hall. All three applicants, including the SPAB, had offered to fund their proposals. The planning situation was extremely complicated, reflecting changing values, owners and the fact that the property sits effectively astride the City and Tower Hamlets local authority boundary.

The office for the duration of the squat was a telephone kiosk outside the hall. From there the press were kept abreast of each development as it occurred. While the team were kept locked in by the police – for their own protection – the watch, one of our Trustees, sat vigil outside with his Irish wolfhound in his car. After five days, the chairman of the governors at last agreed to meet the Trustees and the building was saved, to be finally restored in 2010 as La Chapelle Restaurant.