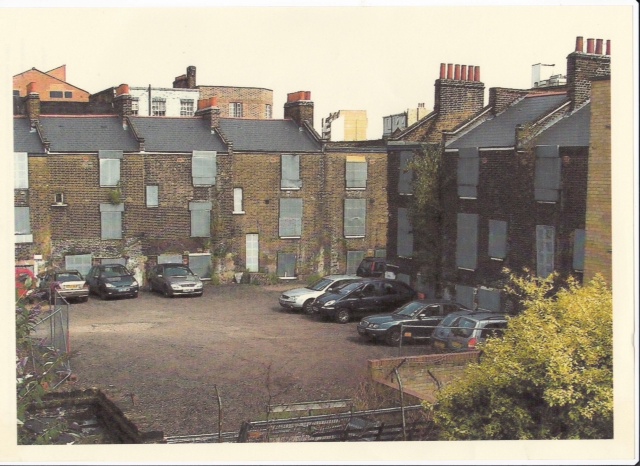 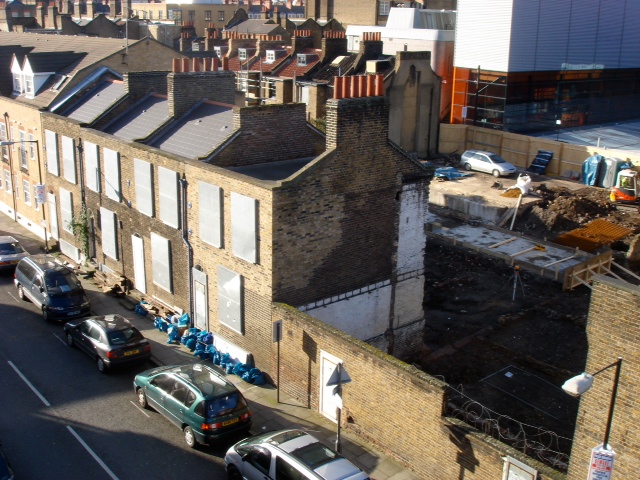 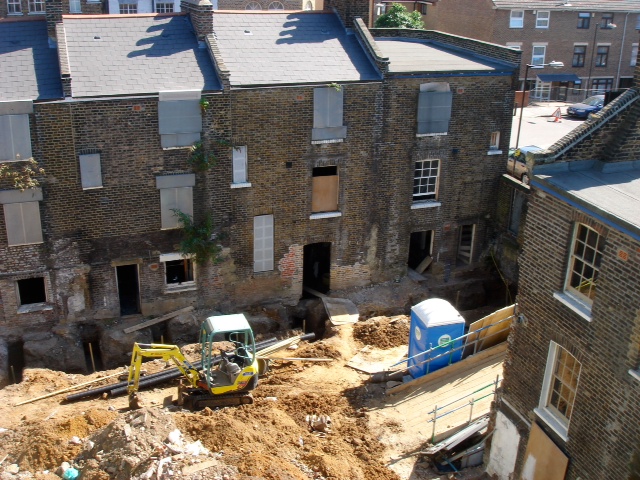 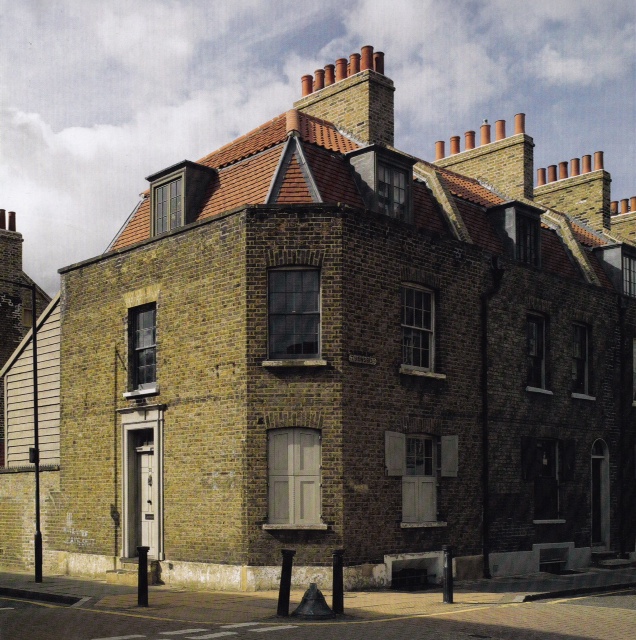 In 2005, these two terraces of modest late Georgian houses in Whitechapel (built 1807-13) were threatened with demolition. The London Development Agency, the then owners, wished to replace them with a bioscience business innovation centre for nearby Queen Mary University. The Spitalfields Trust took up the cudgels to save them. Refusal by English Heritage to list them was followed by a change of plan by the LDA, when another site for the bioscience centre was chosen. The Trust then entered into a deal with the LDA to find suitable new owners for the 11 properties, oversee the restoration of each house and adapt the buildings for 21st century use. Working with TRP – The Regeneration Practice – as architects and a number of the new owners, a scheme that resolved an assortment of design issues was settled upon. This involved adding mansard roof extensions, covered in handmade plain and pan-tiles, and rear wings clad in weatherboarding – all traditional Whitechapel details – as well as bringing the basement kitchens back into use. Original fittings such as paneling and staircases were repaired, rear gardens reinstated on what had become a carpark and 21st century services installed

. The scheme went on to win Country Life magazine’s Restoration of the Century Award in 2010 and is constantly used as an example of what can be achieved with unloved buildings in poor condition situated in a hitherto deprived and neglected neighbourhood. Subsequently Network Housing Association built low-cost housing on an adjacent former ‘bomb site’. They worked with The Spitalfields Trust on the design of this new build, which works well with and compliments the restored houses. 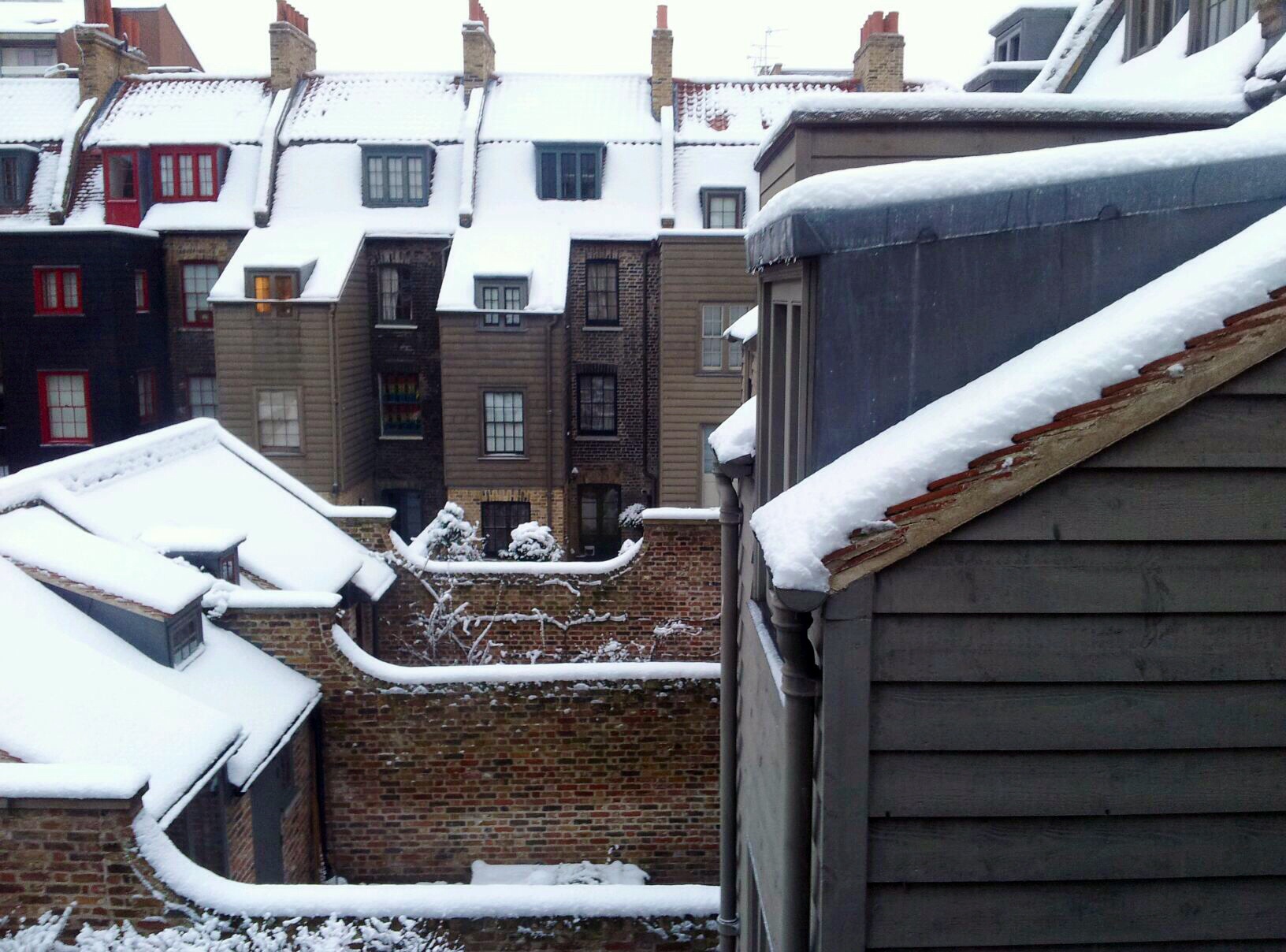 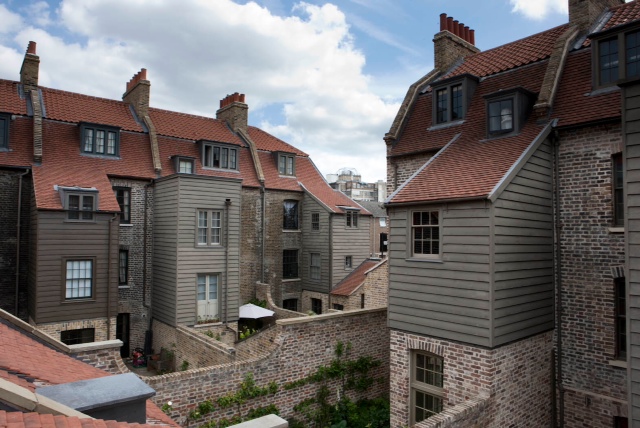